Tomorrow is Mardi Gras. Also known as Shrove Tuesday. Also known as Fat Tuesday. And here in Michigan, also known as Paczki Day! I lived in Tennessee for 10-ish years and had never heard of paczki before; there apparently isn't as large a Polish (as in Poland, not nail polish) population down there. But paczki are a huge deal here this time of year. If you aren't familiar, paczki are Polish donuts that are filled with fruit or custard and stuff. I am not a fan but I hear that that is because I am a crazy person. Eh. What are you going to do.

Today's nail art is inspired by Mardi Gras in the New Orleans celebrations type of way. 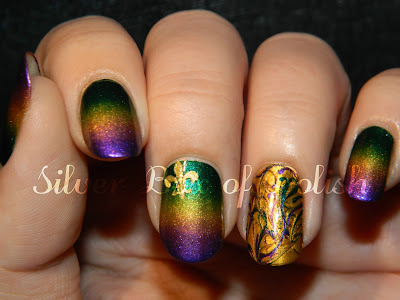 I only used three polishes for this design. The gradients are done (from cuticle to tip) in Ulta Envy, Revlon Hypnotic, and A England Avalon. I did some dry marbling on my ring finger in the same colors. I wanted it to look like celebratory streamers and I think I accomplished just that. At the end, I stuck on a gold fleur-de-lis decal that I think added the perfect touch.

Anja @ Silver Box of Polish
I'm Anja.(Carolyn for those who know me well enough.) I'm 30-something years old and I live in Michigan with my amazing husband and our four adorable fur-babies. I am a girlie girl in almost every sense. I love all things sparkly and I will not leave the house with naked nails. 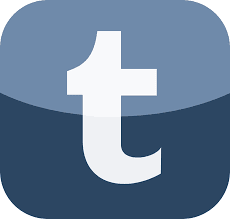 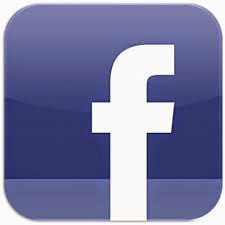